Vietnam has joined the Geneva Act of the Hague Agreement concerning the international registration of industrial designs.

On behalf of the Government of Viet Nam, Minister of Science and Technology Chu Ngoc Anh on Monday deposited the instrument of accession to the Geneva Act of the Hague Agreement with Francis Gurry, Director General of the World Intellectual Property Organization. 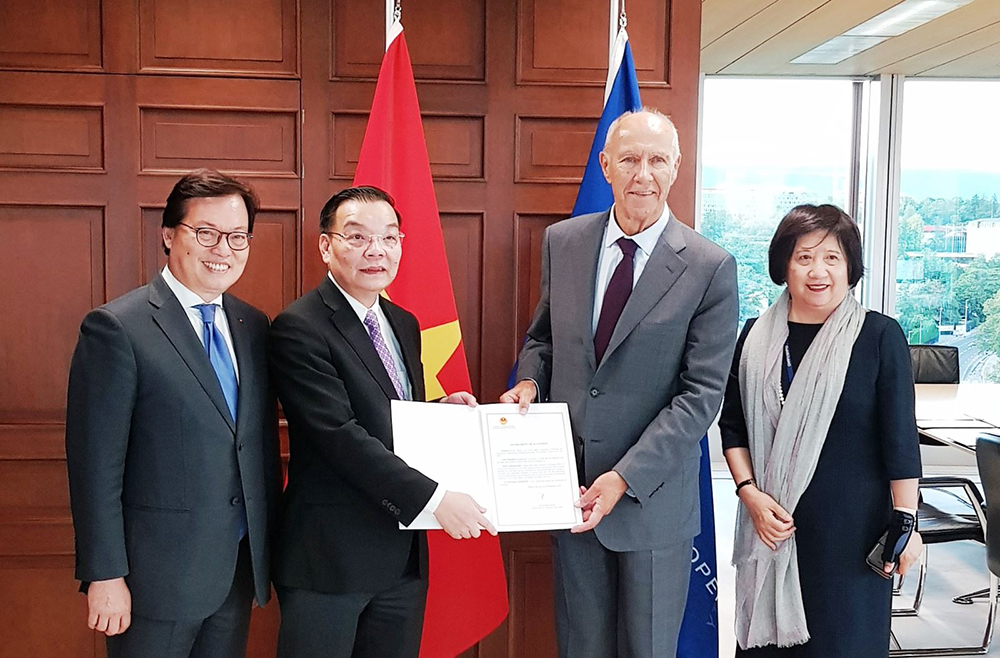 Minister of Science and Technology Chu Ngoc Anh (second from left) deposits the instrument of accession to the Geneva Act of the Hague Agreement with Francis Gurry, Director General of the World Intellectual Property Organization.

With this accession, companies and designers from Viet Nam can begin using the Hague System to protect their industrial designs in the Contracting Parties to the 1999 Act of the Hague Agreement. That translates to protection in the territories of up to 88 countries through a single international application and set of fees.

The Hague System has witnessed remarkable developments with the puarticipation of countries like the US, Japan, the Republic of Korea, Russia and Canada. ASEAN member States have committed to joining the system in a bid to improve the competitiveness of their economies

According to the Ministry of Science and Technology, the number of registration of industrial designs by foreign organizations and individuals in Viet Nam increases by 15% annually./.

Decision No. 1349/QD-NHNN dated August 06, 2020 of the State Bank of Vietnam on interest rate for required reserves deposits and deposits in excess...